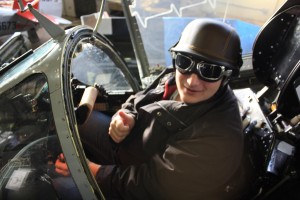 The average speed of an object could be translated into the average rate at which a distance is covered by that object. For example, if a car travels 30 kilometres in half an hour, this means it could, in theory, travel 60 kilometres in an hour, should the rate of movement stay the same. This is because 60 kilometres is double 30 kilometres and one hour is double half an hour. On the surface, it seems quite straightforward. However, speed can be expressed in a variety of units, a point against which Paul had been bumping his head for the past 20 or so minutes. Perhaps even half an hour.

He scratched his head and took a long glance at his physics homework book.

“Coming son,” his dad said from the kitchen, which wasn’t very far away. “Let me just find that new softer educational cane that was your mother’s idea.”

The man’s heavy steps were heard thumping closer and closer. A heavy hand opened the door. Before entering completely, the dark man turned his head to Paul’s mum, who must have occupied a position in space somewhere in the kitchen, and said:

“Ten minutes you said? I can’t wait.” He then sat down on a chair next to Paul. He said: “Your mum’s doing us chicken soup. Her special. We better hurry up with this homework thing.”

“So what’s the problem, son? What do you think?”

“But then what’s the catch, son?” the father asked, playing with his felt-coated educational cane.

“The catch is I still feel it’s too easy. If I multiply 1.5 by two the same way I divided 6 by two, because the dog is smaller than the human and I feel one must go up and the other down, I get 3 again, which would mean the dog and the human are going at the same speed. And then also – could this be about how seconds and hours are different or something?” He paused. “What should I put?”

“Just choose one,” the dad said, slightly rattled. Chicken soup was a brash sparkle deep within his eyes. “Whatever you choose – a speed of 6 kilometres per hour for the human, 3 meters per second for the dog, 3 dogs/human, it will be your answer and it will represent you. Don’t deny who you are for who others want you to be. Don’t they teach you this in school?”

“That Lizzy again,” his father snarled, tightening his grip on the cane that was both too soft and too far from Lizzy to provide any assistance in the matter.

“Lizzy the other day,” Paul carried on, “got 56 for a question. I don’t remember what the question was. I got 4. Somebody else got 70. Anyway, hers was the only 56. She kept banging on about how she was correct and we weren’t, even though we all got our different codes for the test and they were all fine.”

“Yes, dad, she did say that thing again about how in the olden days there was only one answer that was like good and the others were like bad or wrong or incorrect or something like that. Apparently, people had to get as close as possible to that result to get it right, as in to be good or correct. Or to land spot on if you see what I mean. She said it was better that way.”

“That we’re right and she’s wrong? That Lizzy likes nonsense on her tongue like she likes ice cream?”

Paul didn’t say anything but he nodded, looking down. His father ruffled his hair affectionately.

“Well, think about it,” dad said, “you said it yourself. In the olden days, students and people in general used to be judged purely on whether they got a certain answer for a question. Or a result to what they were doing. One. Just one. Always the one. The one they wanted you to get. Same in English, same in History, same everywhere. Even in sports. As a result, it was a world of winners and losers. There was suffering and humiliation. Failure they called it. All because they wanted the world to be this way and not the other. Their way. And now you ask me how we know. I ask you – what would you prefer? Failure and humiliation or freedom, confidence and a true sense of identity?”

There was no answer but Paul was smiling bashfully. His dad ruffled his hair again and spoke in a praising tone:

“It’s only natural to feel that way, son. It’s just one of those things that we know and that make sense. Like God is good. How else would we accept and love him if he wasn’t good?”

“Of course we couldn’t,” his father almost chanted. “And look, I told you about the book. Reading is important if you want to grow as a person. I once read a book by a guy who had just discovered God. It was written in the olden days when every question had just one answer. Everybody believed that 2 and 2 was 4. But the bloke who discovered God said, in this book of his, that he was happy that 2 and 2 can sometimes be 5. He had just come to the realization of the fact. Through God. I was in high-school when I read this and not the sharpest tool altogether – hell, can’t even remember what the book was called – but that’s when I understood that God means diversity and acceptance and your wildest dreams come true. Saying I’m better than you because seconds is different to hours and seven times nine is always 56 is primitive, retrograde, satanic vanity.”

“I wonder how Lizzy can’t see that,” Paul said.

“Lizzy is young and unripe up here,” dad said, pointing to his temple. “She too will realize how important this is when, instead of an empty, painful percentage, like 80 or 18, at the end of her school years, she will pass her exams with a personalised code like everybody else in the civilised world. A code that no one can laugh at and actually not even understand because it doesn’t reflect a position in a hierarchy, but your own trajectory through higher education and life. Mine, for example, was CO20KL39Z. I remember it to this day and so far I’ve had nothing if not a happy, fulfilled life. I’m a CO20KL39Z and a semi-automatic non-electing dishwasher technician-musician and damn proud of it too.”

“I bet Lizzy’s code will be NINCOMPOOP-01,” Paul jested.

“More like NINCOMPOOP-56 by the sounds of it,” his dad raised the stakes.

“NINCOMPOOPOO-56,” Paul blurted and his eyes teared up with amusement.

They both had a long giggle. Paul then added:

“I’m only saying that because she also said that in the olden days, you know, like for example mums and dads, they could like split up if they wanted. It was called deversing or something.”

“Any more revelations this girl has had?” his dad insisted not without a pinch of annoyance.

“Well she said you could also have two mums or two dads at once or just families of people, mums or dads or both, but without any children. And that mums could talk back to dads. And that if dads wanted to educated mums when they did something wrong, you had to stop if there was blood or the bone was showing.”

“I think,” he said, “whatever Lizzy’s twisted version of the olden days was like, it must have been run by 56s like her.”

“Now come,” said dad. “Before we have the soup, we need to educate mum. She was ten minutes late, you know. You can have the old hard cane. She did beg me to use a softer one and I’m a softie at heart, so I got this one which is softer than any other I ever used on her.”

He showcased his soft cane to Paul.

“However,” he said, “she won’t mind athe hard cane from you, the stupid woman. How hard can a 10-year-old strike after all?”

“I’ll just put that the human and dog go at the same speed then,” Paul said.

“Whatever,” said his dad. “Just hurry up and remember – don’t educate your mum over the eyes and don’t strangle her with the lead like last time. She hasn’t finished dessert yet.”